START OF THE FAMILY BUSINESS

Wim Peters is the third generation of the Peters family of tomato growers. In the early 20th century, his grandfather started a mixed farming business (arable farming and greenhouse horticulture) in Loosduinen. In the years that followed, Wim’s grandfather and uncle expanded the company into a tomato growing business. Throughout its more than one hundred years of existence, the company has always been extremely progressive and innovative.

In 1985, Wim became a director and part-owner of the company, alongside his father and uncle. He had already worked for the company for a number of years beforehand, after completing his secondary school education in horticulture. In 2000, Wim acquired all the shares in the company and changed the company name to Kwekerij Wim Peters. 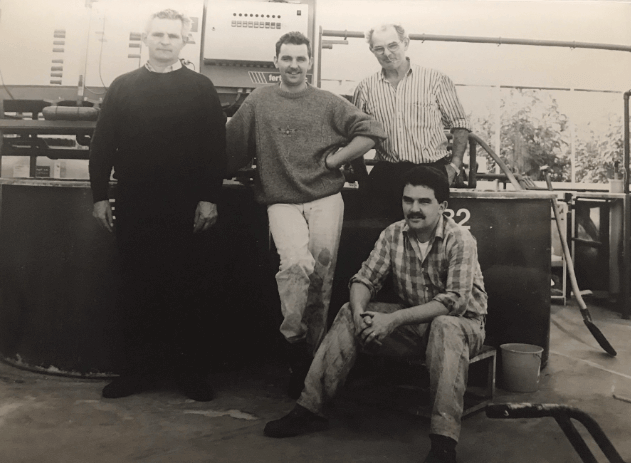 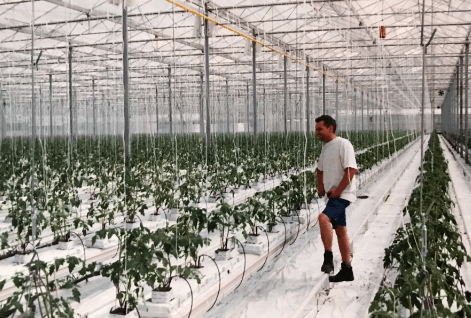 KWEKERIJE WIM PETERS RELOCATES TO THE WAGENMAKER SITE IS SOMEREN

In 2002, the company relocated from Loosduinen to Someren. This was a new construction project involving a total surface area of 41,000 m2.

By the end of 2003, the company had reached its final form and now covered 74,300 m2. During the early years in Someren, Wim grew standard vine tomatoes. 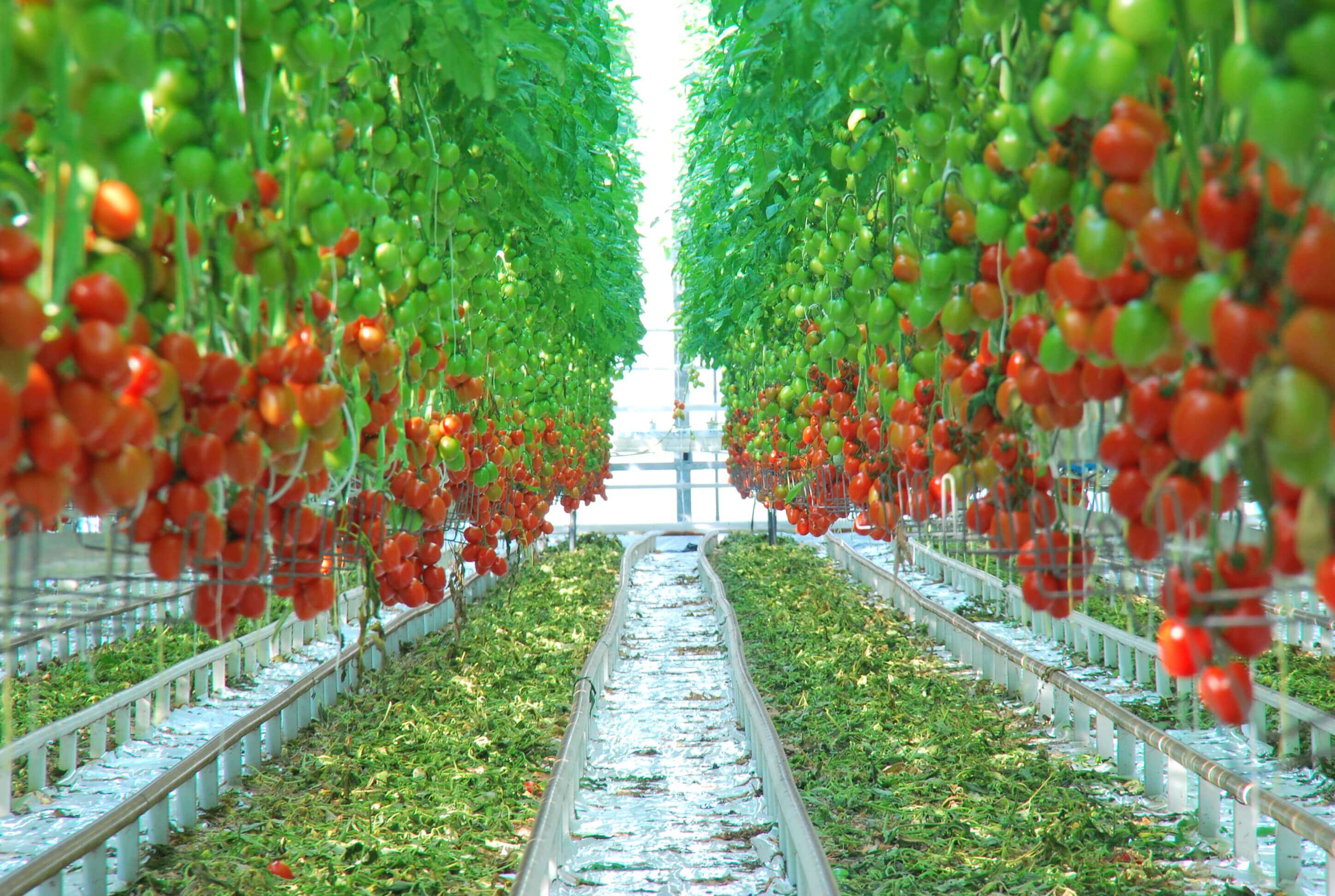 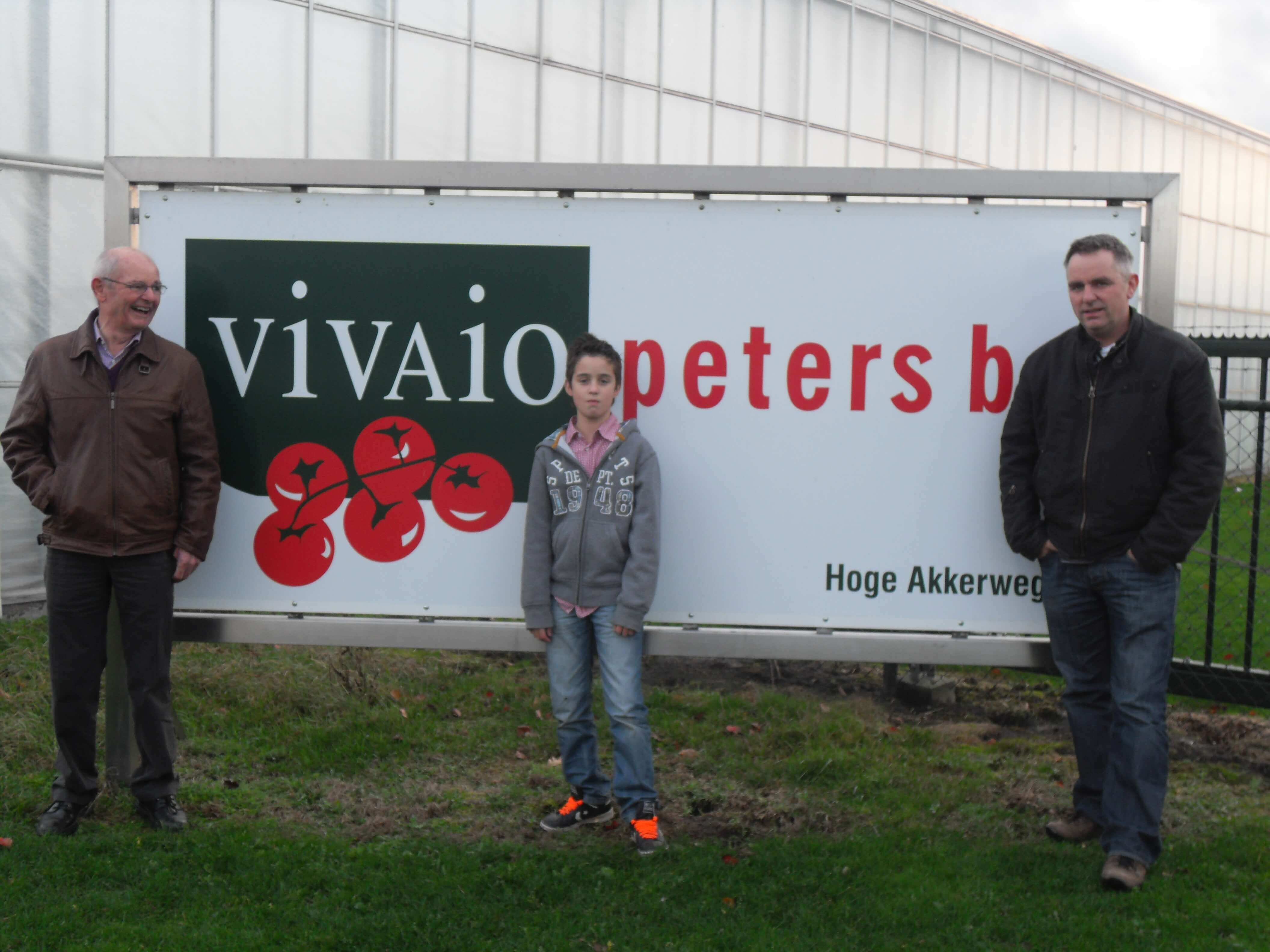 PURCHASE OF THE HOGER AKKERWEG SITE

The last part of the company was acquired in 2009. The neighbouring business located at Hoge Akkerweg 10 was added to the company’s landholding. This company was given the name of Vivaio Peters. The additional 87,000 m2 of greenhouse capacity brought the total size of the company to 16.2 hectares. The company also started to specialise in plum tomatoes in 2009.

LED lighting was installed in 2013. As a result, the company can produce high-quality tomatoes all year round. Light and heat are distributed effectively because the interlighting modules hang between the plants. 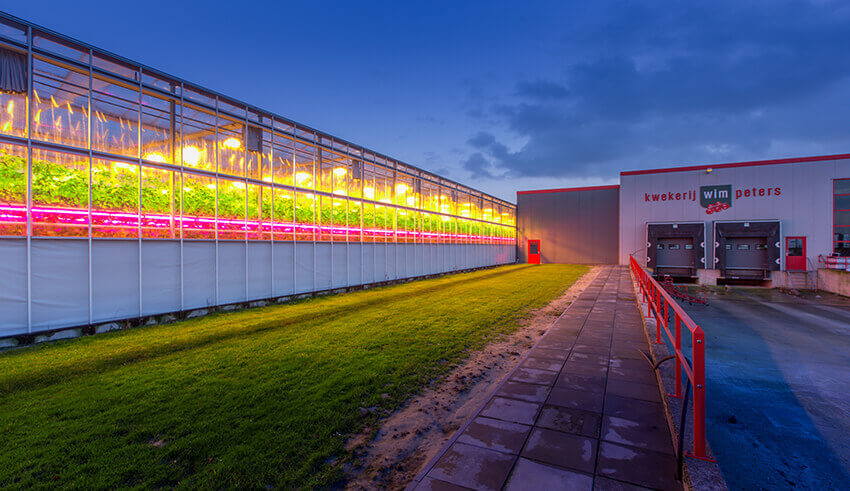 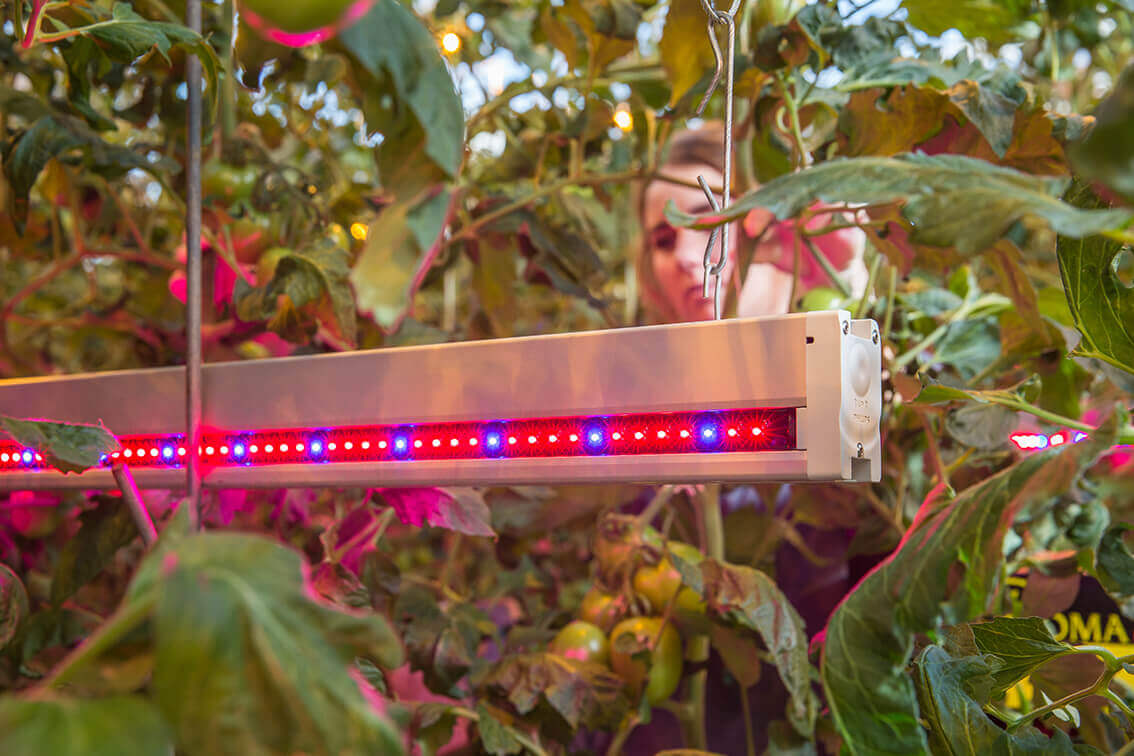 In view of the good results achieved with this LED lighting approach, LED/hybrid lighting was also installed on a further 3.5 hectares at Vivaio Peters B.V. in 2014.

In 2016, a hailstorm caused huge damage at both company sites. The greenhouses were demolished and both sites were redeveloped to create one modern company. 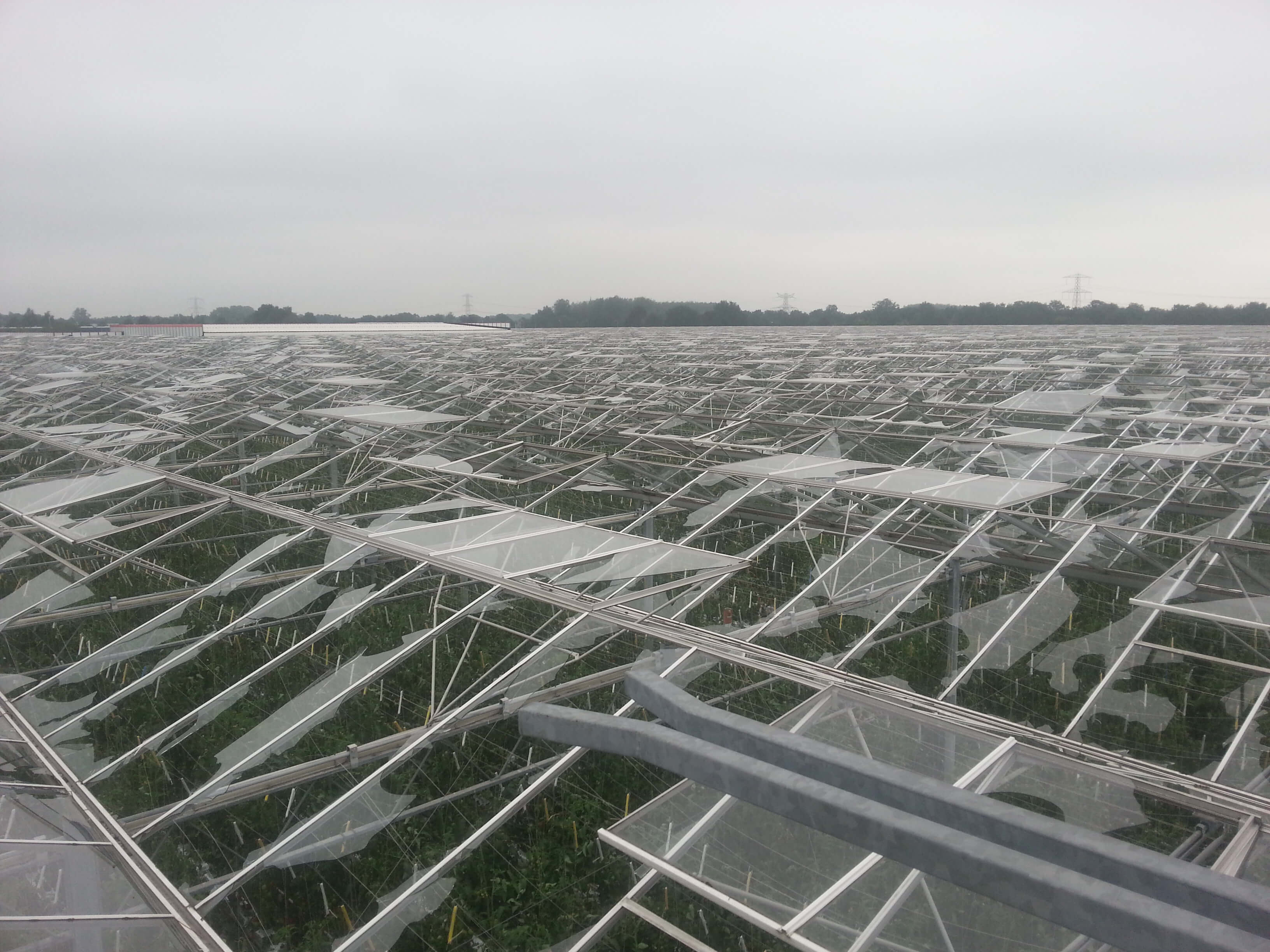 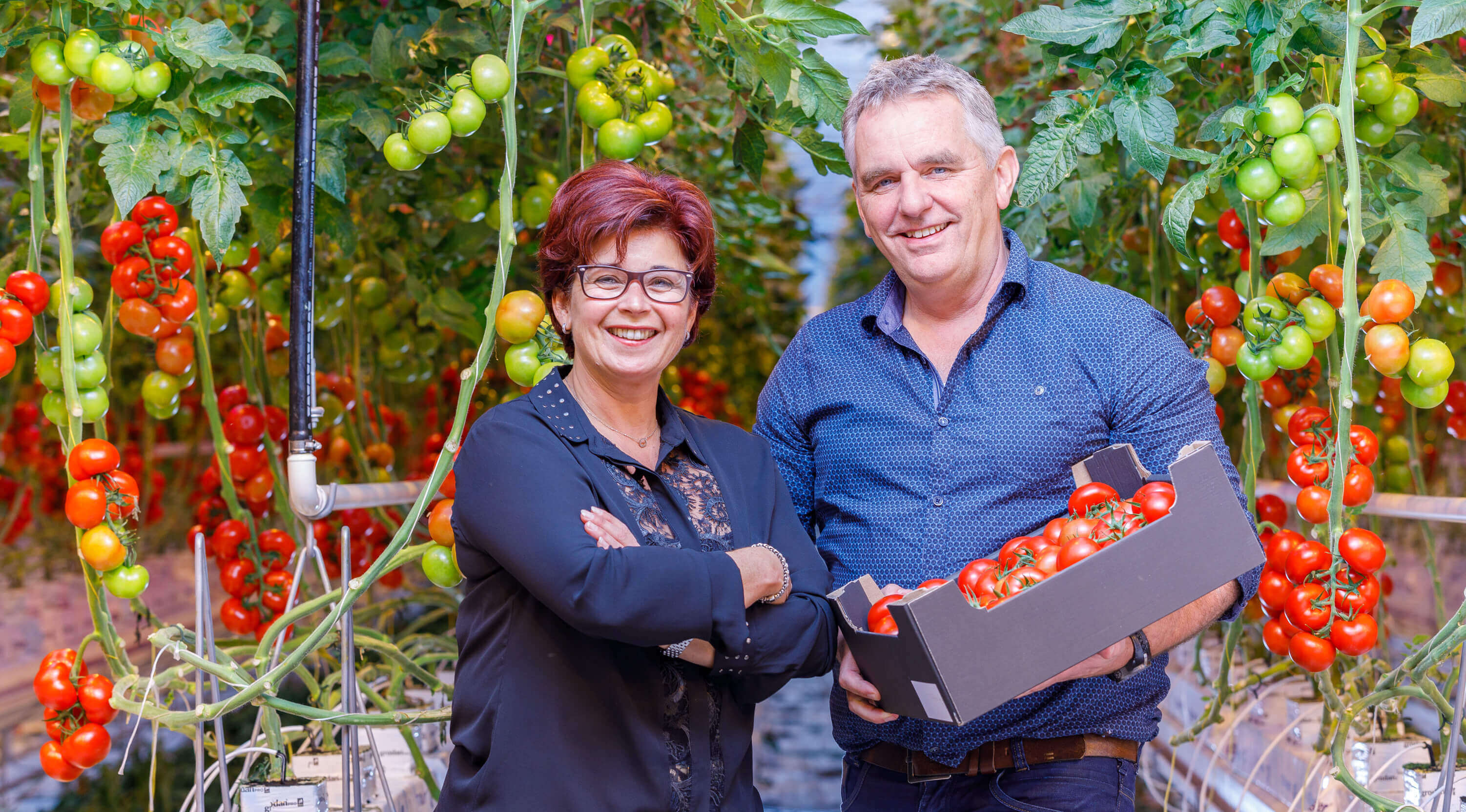 REBUILDING TO CREATE ONE MODERN COMPANY

The two sites started to produce again approximately one year later. In the light of the new construction activities, Wim Peters decided that a new start for the entire organisation would be appropriate. As of January 2018, both companies now operate under the same name: Wim Peters Kwekerijen.

In 2020, Wim Peters Kwekerijen acquired Greenco Someren. The locations are just steps away from each other. As a result, the company has doubled its area. The total area is now 310,000 m2. The takeover is a result of the increased demand for our tomatoes. 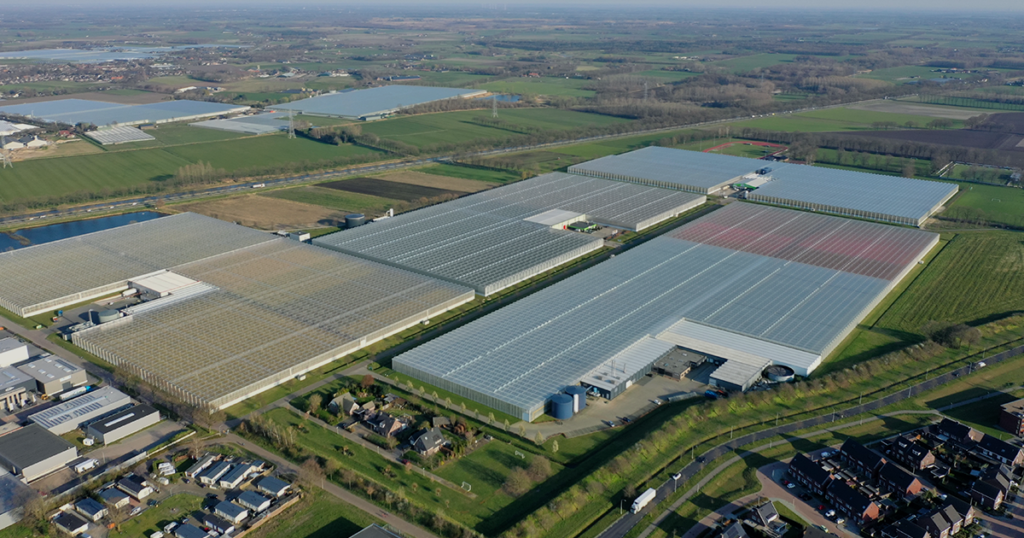 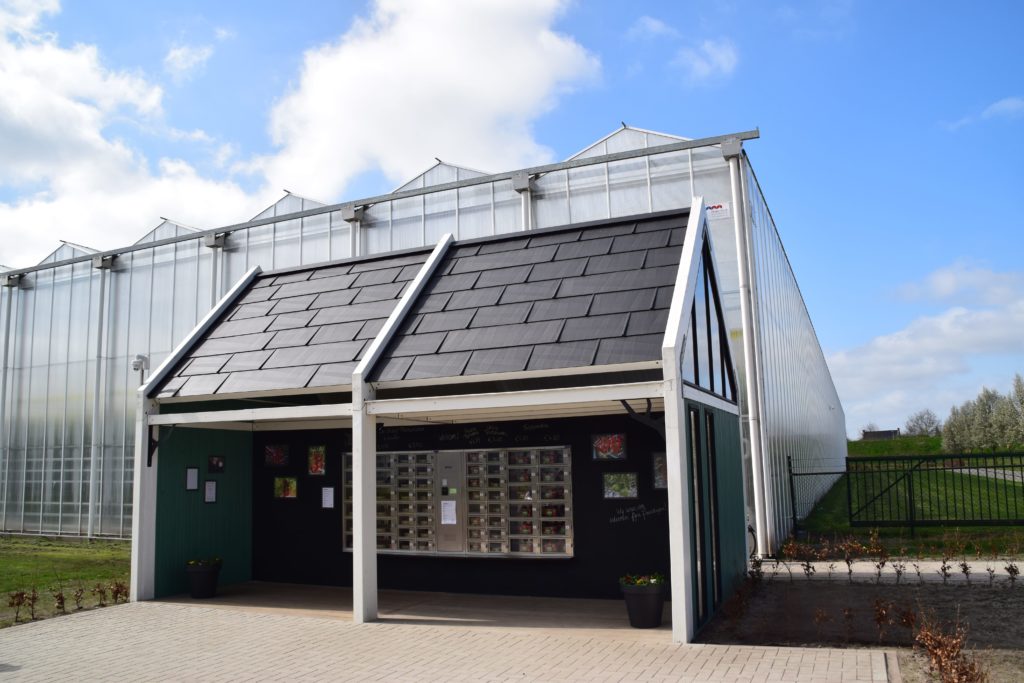 As from April 2021 we have our own vending machine in front of our greenhouse. Here you can get tomatoes from Wim Peters Kwekerijen yourself. From (mini) Cherry to Plum- and Vine Tomatoes. Our tomatoes are harvested each day! In other words, you can’t get them any fresher.

As of January 1st 2022, Wim Peters Kwekerijen in Someren will start selling its own tomatoes. This is a logical step in the development of the company. 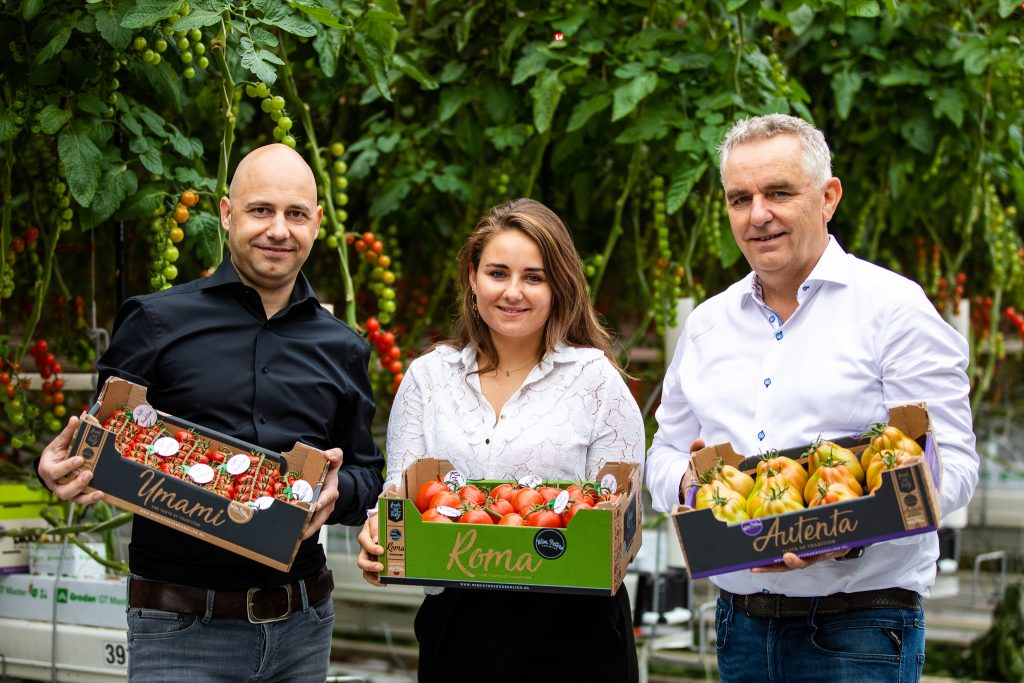